JENSON AND LEWIS GIVE STAMP OF APPROVAL

A unique item signed by British Formula One racing drivers Jenson Button and Lewis Hamilton is going up for auction on eBay from Friday 17 February to raise money for charity.

The item - a set of four printed sheets depicting the recently released Formula One stamps - has been provided by Guernsey Post Stamps, as Dawn Gallienne, head of philatelic, explains: -

"Our stamps are printed in sheets and each sheet is numbered as they are produced. The sheets numbered 0001 are first off the print run and are the most coveted.

"With Lewis and Jenson's support, every single penny that we raise will go to Teenage Cancer Trust, which is the only UK and Channel Islands charity dedicated to improving the quality of life and chances of survival for young people with cancer aged between 13 and 24."

The Teenage Cancer Trust launched its Guernsey Appeal in 2011 where it unveiled plans to open a specialist 10-bed unit at Southampton General Hospital, which will cost more than £1 million. The Guernsey branch has already raised £150,000 for the Southampton unit appeal but there is still much more to do to make the unit a reality.The opening of the unit will mean that for the first time, young cancer patients living in the Channel Islands, Hampshire, Dorset and parts of West Sussex, will be treated with others their own age in an environment suited to their needs.Helen Haynes, Regional Appeals Manager for the South East and Channel Islands comments: "We are delighted by the support we have been given by Guernsey Post Stamps and the McLaren Formula 1 team. Whoever wins the bid for this item will not only own a once in a lifetime piece of F1 memorabilia but they will also be helping local young people fight cancer so that they have access to the specialist support they deserve." Martin Whitmarsh, Team Principal for Vodafone McLaren Mercedes, said: "I'm delighted that Guernsey Post Stamps has issued such a visually compelling set of stamps that celebrate Vodafone McLaren Mercedes drivers Jenson Button and Lewis Hamilton as British Formula 1 world champions."

The 10-day auction closes at midnight on Sunday 26 February 2012. The item will be listed here: http://www.guernseystamps.com/auction 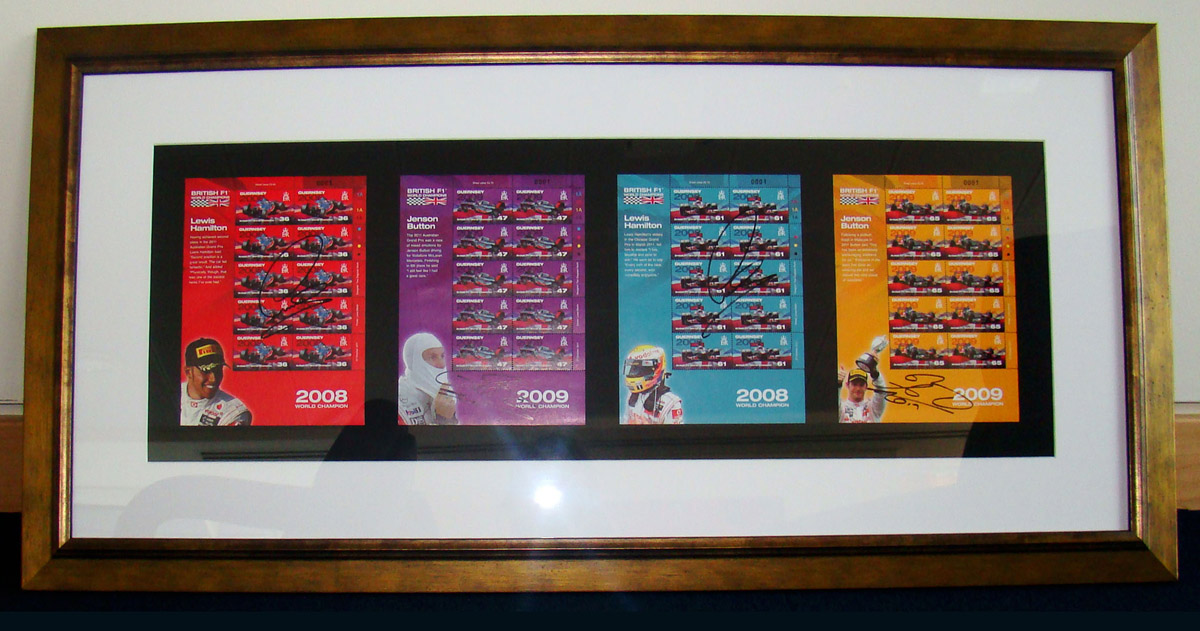