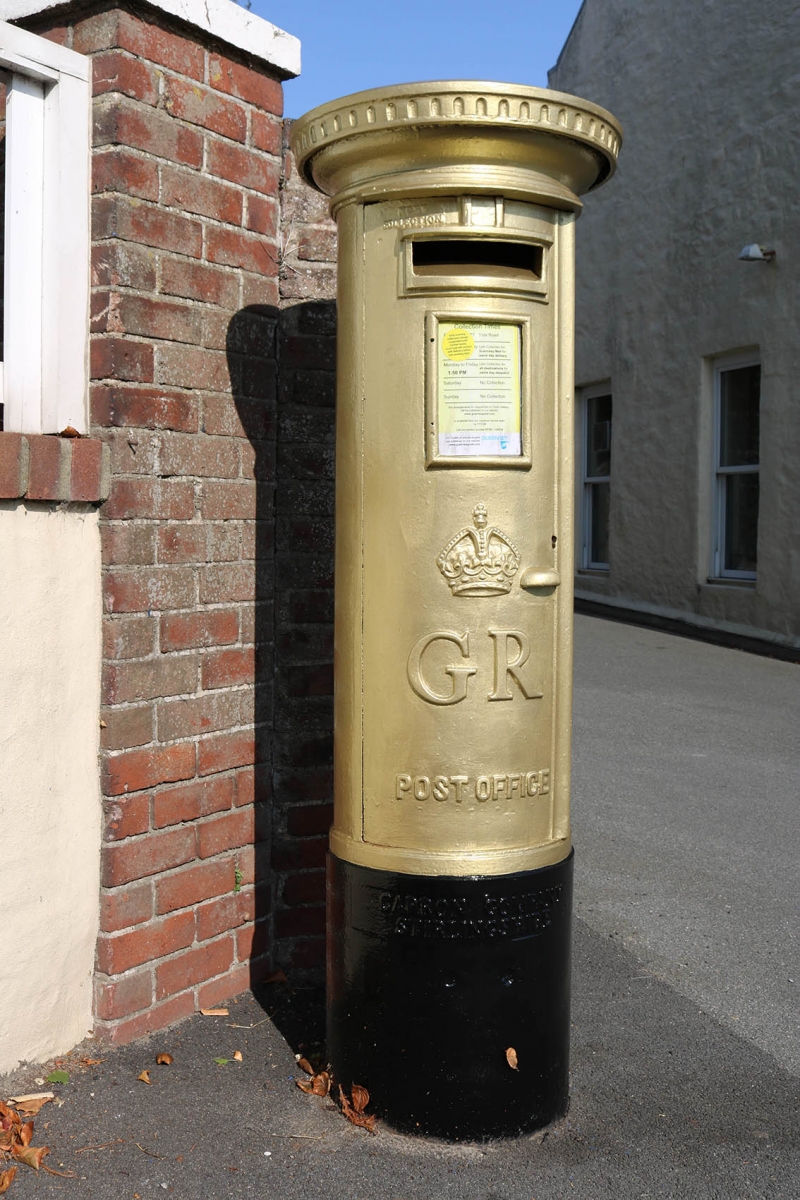 Guernsey Post has painted one of its iconic blue post boxes gold, in celebration of the 100th Anniversary of Guernseyman Percy Hodge winning an Olympic gold medal.

Percy Hodge won gold at the Antwerp Olympics in 1920 in the 3,000m Steeple Chase. He was favourite to win on the grass course and finished 100m ahead of the second-place contestant Patrick Flynn from the USA. Hodge also ran in the heats of the 3,000m team event in which Great Britain won a silver medal.

The gold post box is on Vale Road, where Percy and his family lived.

Graham Chester, of the Guernsey Sports Commission said "We are delighted that Percy Hodge's achievement is being recognised in this way. Although it was a century ago, for a Guernseyman to win a gold medal at an Olympic Games, is a remarkable feat which we should rightly celebrate."

Dawn Gallienne, Head of Corporate Engagement at Guernsey Post said, "We are really pleased to be able to commemorate such a unique achievement for Guernsey."