Guernsey Post and the Committee for Education, Sport & Culture were delighted to announce the winners of their Letters Home Competition in celebration of the 75th Anniversary of Liberation.

The entries were judged by Deputy Matt Fallaize and Nikki Symons, Head of Marketing and Events, Sport & Culture who said

I was very moved by the sentiments in the letters and the thought that had gone in to writing them. The winning entries reflected this and gave an appreciation of how hard the evacuation must have been.

The winners are as follows:

Winner of the 5-8 years category

Elsa's letter transported the judges to the hall she described and how frightening that would have been for a child. The judges also loved the use of Guernsey French in this letter too. 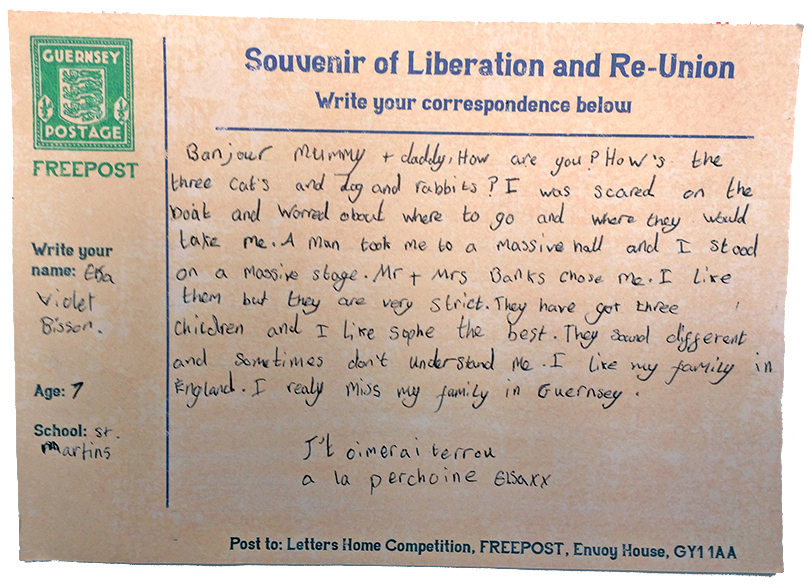 Elsa said that she is really happy and excited to win. She said she really enjoyed writing the postcard because she learnt about how the children were feeling in England.

Winner of the 9-11 years category

Grace's letter used descriptive language describing her emotions and the difference between Guernsey and Stockport which gave a feel of how daunting and scary it must have been to arrive in a strange town alone. 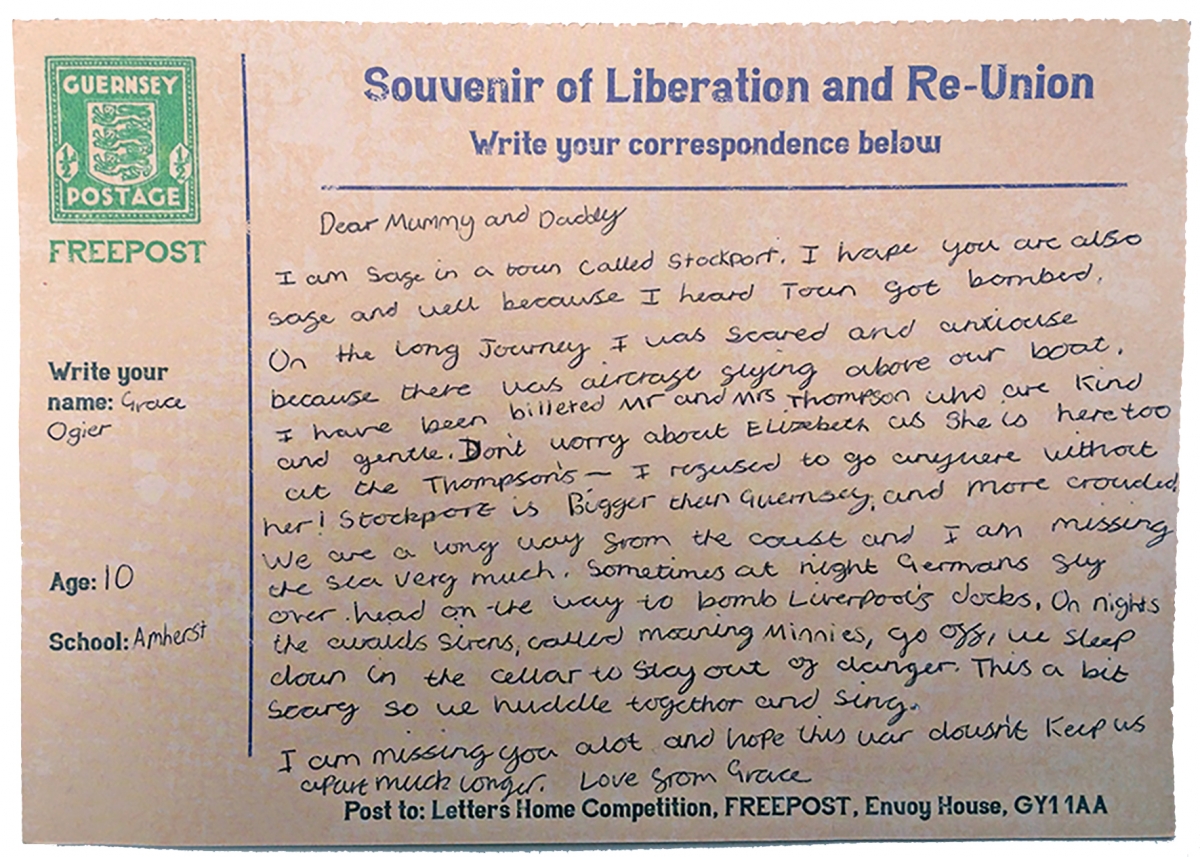 I am thrilled to have won this competition, I feel like I worked hard at my postcard. I got my inspiration from my great uncle who was evacuated to Bolton during World War 2 and it made me think about how I would have felt to be evacuated.

View the winner of the Evacuation and Liberation Photography Competition 2020 here. 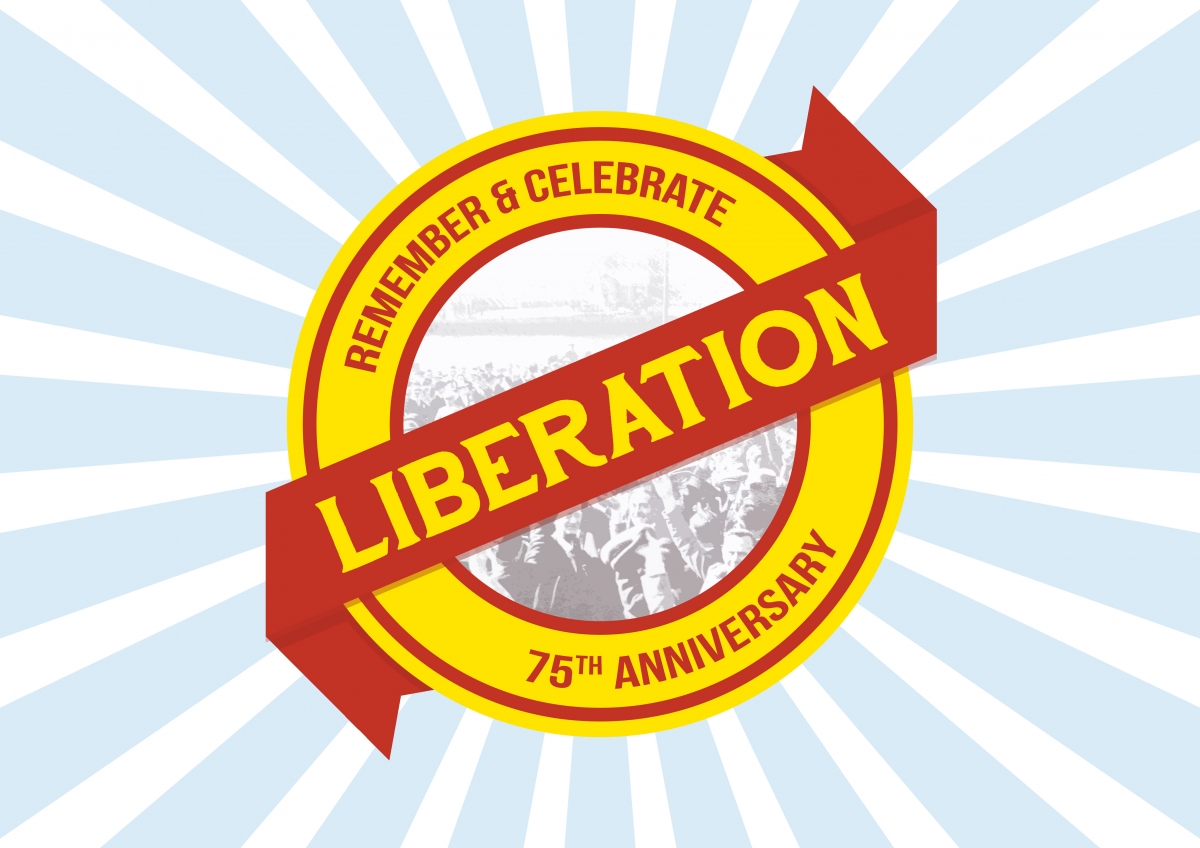 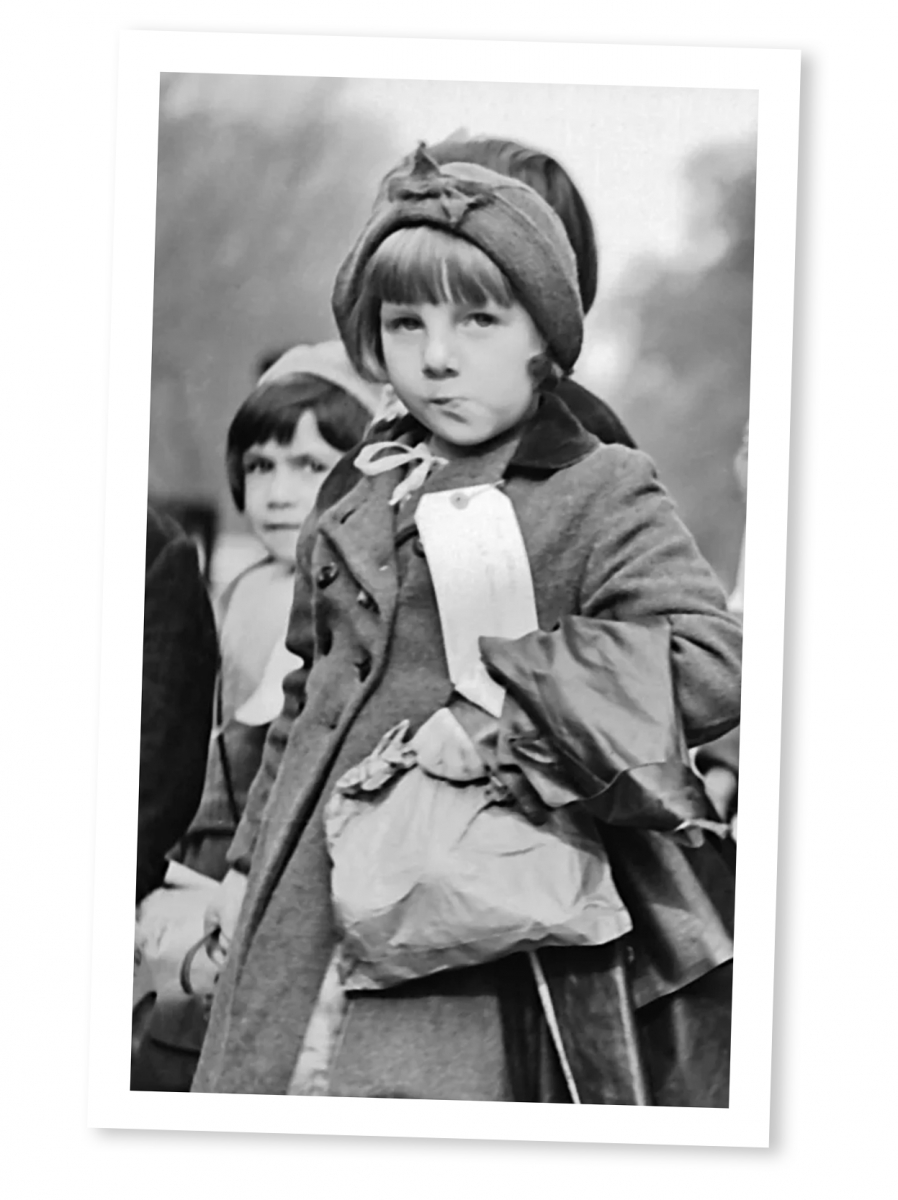