AMHERST and Vauvert Primary Schools have been confirmed as winners of the 'Bailiwick School Eco Challenge 2019' run by Guernsey Electricity and Guernsey Post. 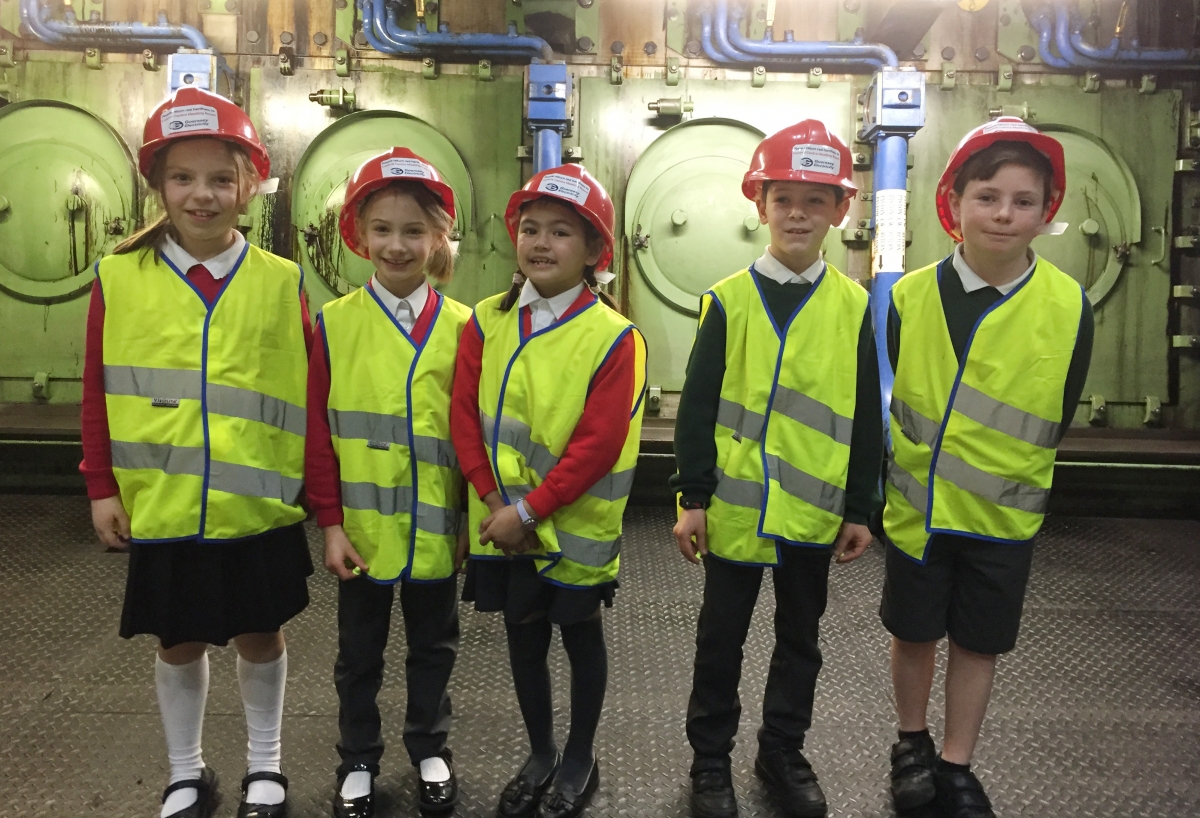 The competition, launched in October of last year, encouraged local school children to consider how their schools could become more sustainable through completing either a major project or a number of smaller projects. Teams were tasked with putting forward creative ideas, plans of action and drawings or models.

Amherst's 'Team Super Solar', consisting of Mateo Saunal and Rory Le Poidevin, won the age 9 to 12 category with two separate concepts. The first involved the use of steam to produce electricity and conserve coal to power the Amherst school bus and the other incorporated solar panels to heat the swimming pool in winter.

'The Find and Collect Gang', from Vauvert, came out top in the age 6 to 8 category. Their crisp packet recycling idea included calculations on how many crisp packets could be diverted from Mont Cuet by being recycled and even used a promotional campaign to get the rest of the school on board with the idea. The team members were Willow Chapman, Lily Griffiths-Ali and Hollie Vennard.

"Environmental sustainability is a major focus for us at Guernsey Electricity so we are keen to support the efforts of local schools and were delighted to see the range of creative concepts that the pupils came up with."

"We are so pleased with how the children have responded to this challenge, although it made it difficult to choose the winners. The entry from Rory and Mateo was fantastic. They are budding inventors and full of enthusiasm which is brilliant to see.

The Find and Collect Gang also did a fabulous job with their entry, thinking about how they can get the rest of the school on board with their recycling initiative. Both teams were very worthy winners and we hope the prize can go some way to help the schools implement some of the initiatives."

The entries were judged by a panel who visited each school, giving students an opportunity to present their ideas and presentations took place at the power station at Guernsey Electricity. The winning teams each received a cheque for £1,000 towards the implementation of their eco-friendly initiative along with certificates and a solar powered toy for every child.

The Bailiwick School Eco Challenge was open to all local schools. Working in teams of two, three or four, the challenge entailed one major project or a few smaller projects that improve a school's environmental sustainability.